Once upon a time, there was a harmonious park, nestled cozily within the vibrant township of Sunway City Kuala Lumpur. It carries the illustrious name of Sunway Wildlife Park, and is home to many exotic creatures originating from all over the globe…

Located in Sunway Lagoon Theme Park, Sunway Wildlife Park is an interactive zoo where you can get up close and personal with more than 150 species of animals. Here, you can experience a line-up of exciting activities such as animal shows at the Wildlife Theatre, parades, character appearances, animal feeding, informative tours with our rangers – the list goes on! Get up close and personal with myriads of exotic animals here in Sunway Wildlife Park!

The park also doubles as a conservation site for endangered animals, so you can learn about their species, habitat and ongoing efforts in keeping them safe and well at Sunway Wildlife Park. Among these species are the rare majestic blonde felines, known as Zola (meaning love) and Zuri (meaning beautiful) of the White Lion Kingdom – the Simba and Nala of Kuala Lumpur!

Imagine a world in the future where our fearless felines are seen only in history textbooks and encyclopedias.

With the population of lions dwindling at an unprecedented rate across Africa in the past few decades – to the extent that the species are listed as “vulnerable” by the International Union for the Conservation of Nature (IUCN), efforts to conserve these big cats have sped up. Meet the mighty king and queen of the White Lion Kingdom.

Lion count has dropped by half since The Lion King premiered in theatres in 1994 (Wildlife Conservation Network, WNC).

As part of our pledge to doing well by doing good and the United Nations Sustainable Development Goals, Sunway City Kuala Lumpur is dedicated and actively participates in this effort to protect the lions by establishing the White Lion Kingdom.

Fun fact: Sunway Wildlife Park proudly welcomed Zola and Zuri from the reserves of Timbavati and Kruger in South Africa back in 2015.

Due to their colour mutation which blessed the mammals with blonde to ghostly white fur (commonly mistaken as albinism), the white lions face misconceptions such as being unable to camouflage well and lack in hunting skills – which are all untrue! They’re just as fearsome as their tawny counterparts! Enjoying a league of their own, Zola and Zuri can rightfully say this: “You can’t sit with us”.

Where white lions once ruled, why are their existence now slowly dissipating?

Similarly, from the dozens of biodiversity loss stories you’ve heard, our predatory felines are dying off from habitat loss, illegal poaching and a decrease in prey that left them with little options but to venture into human communities in search of food – eventually leading them to be killed in retaliation.

But, this can’t keep happening! If you feel removed from the issue at hand, get this: the preservation of lions indirectly affects our food supply. Without lions, herbivore populations would be left unchecked, toppling the balance of the ecosystem and causing food disruptions for both animals and humans alike. As harrowing as it sounds, these predatory felines also help maintain the health of herds by preying on the weakest target of the group. It is the survival of the fittest out there, isn’t it? Sunway Wildlife Park’s main priority is to keep this mighty bloodline protected from any perils, along with the rest of the park residents. Here, you won’t only meet Zola and Zuri but many other similarly exotic creatures too!

Neighbouring habitats include the Tree Top Terrace ruled by the graceful black panther, Tiger Land of the icy white tigers, Bird Savannah as home to bright, colourful parrots, endearing Sun Bears and many more! These animals are almost like the councils and knights of the White Lion Kingdom, collectively protecting it from external dangers with the help of fellow rangers of the park. Our handsome resident black panther – is this Bagheera from Mowgli?!

Strap in for a ride of enchanting exhibits and wild encounters! You can observe and interact with these exotic animals in their natural antics – an experience you certainly won’t get in the hustle-bustle of the city. You can even watch the feeding of our friendly creatures like the hanging tail monkeys and playful otters, and walk along the park with our peacock friends. This World Lion Day, have a roar-ing good time at Sunway Wildlife Park with Sunway City’s resident white lions, Zola and Zuri – the only white lions in Kuala Lumpur! At the same time, the doors to the rest of the terrains are open to you – an open invitation to an eventful summer adventure. We assure you, it’ll be a trip to remember! 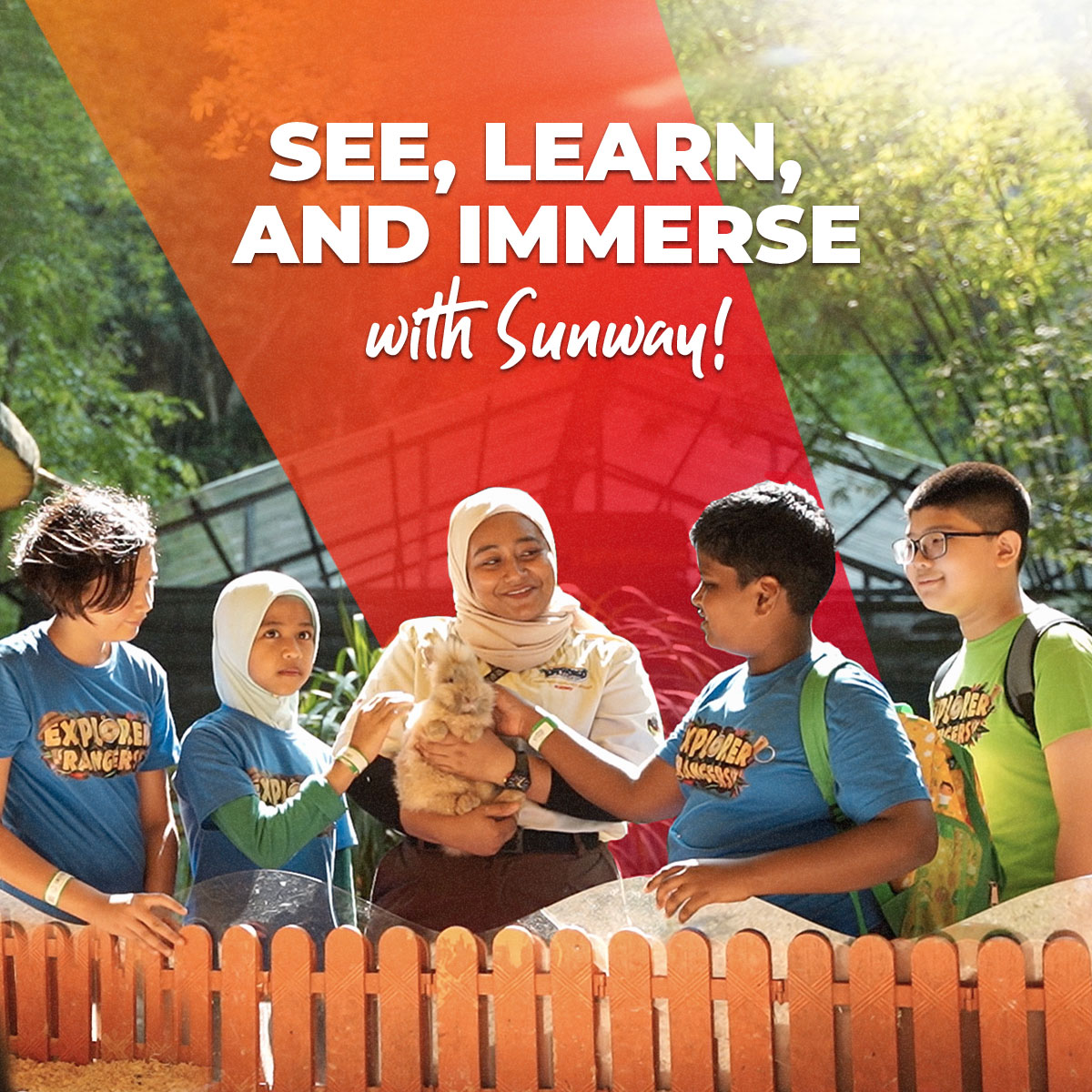 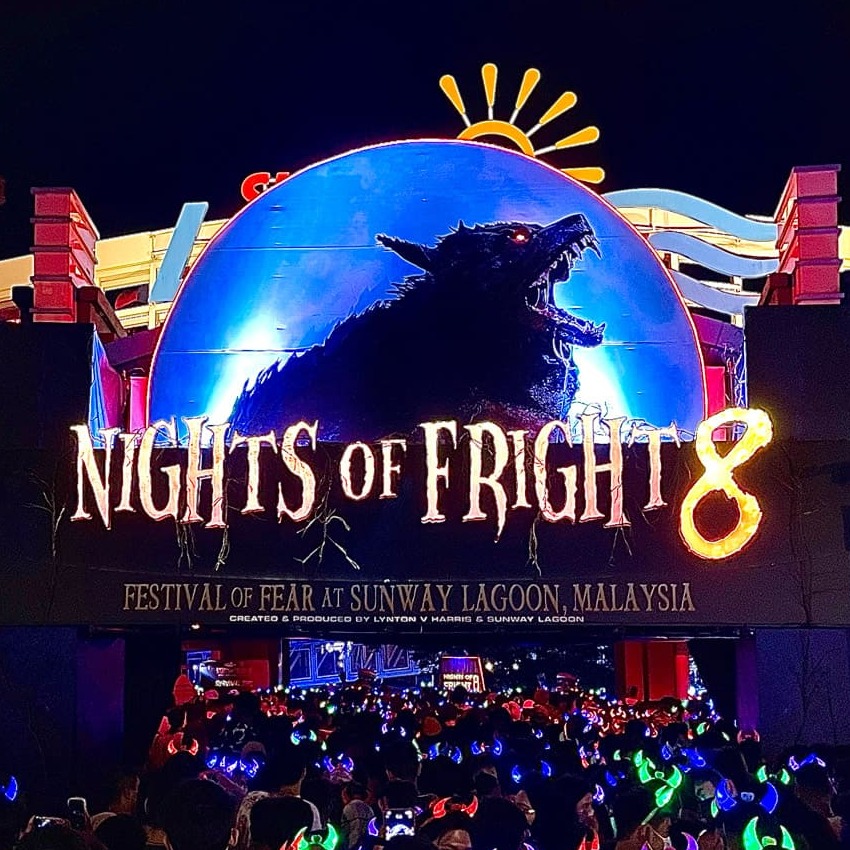 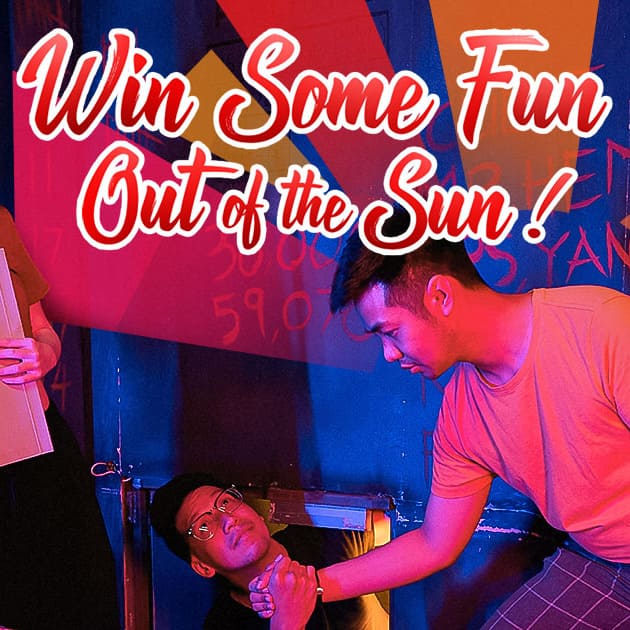 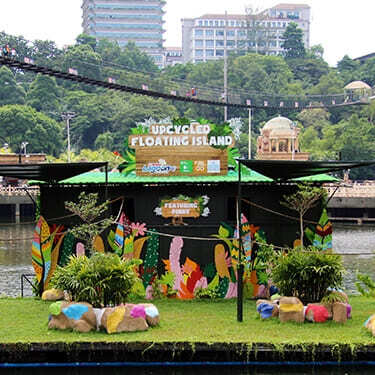